Why This Is Important

Games For Windows Live is unpopular, difficult to use, inconvenient, has terrible online support (a key feature in Dark Souls), and is downright unpleasant. After anxiously awaiting a PC release for this fantastic game it feels like a real slap in the face hearing Dark Souls will use Games for Windows Live. We recommend Valve’s Steamworks in place, as this DRM is much easier to use, less intrusive, more reliable, and more accepted among PC gamers. Please reconsider the use of GFWL, or offer the game on both services. Thank you for taking the effort to port this game, but for a lot of customers it’s Steam or no sale.

(only in german – sorry) 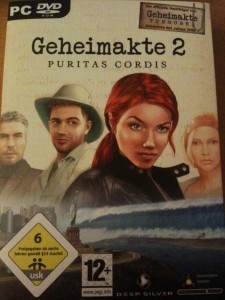 If you want to play old PSX games on your Sony Ericsson Xperia Play this is the right solution for you. It is called FPse and delivers excellent PSX gaming to the Xperia Play. You can find it there (Android Market):

But before you can play you´ll need a PSX bios. In case you don´t want to dump it on your own from your Playstation, you should check out the FPse PSX BIOS app in the Android Market: https://market.android.com/details?id=com.dummies.android.FPBIOS

If you want to play old SNES games on your Sony Ericsson Xperia Play this is the right solution for you. It is called Snes9x and delivers excellent SNES gaming to the Xperia Play. You can find it there (Android Market):

Well I needed some time to get into Dirt 2 but now I´m a heavy driver. Some of you might say that Dirt 3 is already out, but it sucks. So enjoy this nice video of me rolling the Ford MKII through the finish line !!!

Today it´s time for a little show- off. I wrote about Trials HD and how great it is a long time ago. So here´s a video for you to enjoy. I know I have skills :-D.

If you want to play old XBOX games on your XBOX 360 and they are not already supported by the XBOX emulator (see this list from Microsoft to find out) you now have the chance to do so.

2.) Download this hacked firmware** and be sure to check the readme files first

3.) Install XeXMenu on the XBOX 360 (or any other tool that lets you access the filesystem)

5.) Locate your second partition with the “compatibility” folder

6.) Replace the content of this folder with the one from the downloaded file from step 2

*A JTAG XBOX 360 is a console that has been hacked to play unsigned code. This article explains it in a good way and should answer all your questions. You can also buy already JTAG consoles on different locations in the web. They have the great advantage that you don´t have to care about anything and normally they have already a tool like XeXMenu (like mentioned in step 3) installed and ready for use. On the other hand these consoles are very expensive. Mine was about 250 €.

**The hacked firmware was probably released by a guy named Xorloser sometime in 2007.  Any gratitude goes to him. There´s a thread at the XBOX scene forum about it you might want to check. 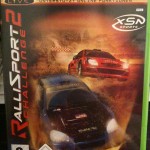 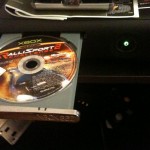 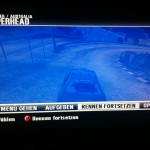 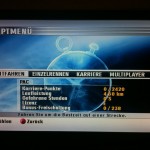 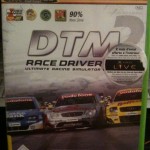 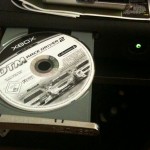 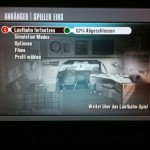 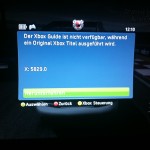 You may know that I love Open Transport Tycoon Deluxe (OpenTTD). It´s on my favourite games list and I also wrote a short article about it when version 1.0 was released. Recently I discovered that a guy name pelya did an Android port of the game using the SDL libary. And since I´m a more or less proud owner of a Samsung Galaxy Tab for a while I decided to give it a try. Right after starting the game one very big problem occured. The controls (and the user interface) hadn´t been redesigned to be used with a touch device (with probably a much smaller screen than a pc has) so the game was pretty unplayable. I was a bit sad about that so I headed over to good old friend Google.

I found a nice solution for the problem by getting my hands on a Logitech Bluetooth Traveler Mouse and connected it to my Galaxy Tab. Android is so flexible that this worked by only 3 finger touches (haaa…on a touch device you can´t say clicks, can you ?) and here´s the video result for you. There´s still some work to do to make the game really well playable. For example right now you can´t access more than a 1-layer menu because Android can´t differ between a mouse click and a mouse click and hold. Pelya – the guy who did the Android port – optimized the SDL configuration already after I gave him a lead but right now SDL doesn´t seem to be capable of doing that kind of mouse emulation. But I think the OpenTTD community will soon have a version ready that will be optimized for mobile devices in any way.

In the meantime you can enjoy the video !

4 months and no update…I´m getting a bit lazy on this. Today I´ve updated the list and need to comment on some games.

I got Heavy Rain (PS3) as a present from my girlfriend and it is great. The story is amazing, the characters do not only look good, they are well designed, their whole behaviour is amazing. And it´s a totally new interpretation of the video game genre. Go get it ! I was really looking forward to the remake of NBA Jam (Wii, XBOX 360) but I got heavily disappointed because it´s not a good game at all. Just a bad remake. And Mafia 2 (PC, XBOX 360, PS3). Another disappointment in some ways. Read this article (only in german, sorry) I wrote about it.

Last but not least here are the new games on the list.

Well what to say about this game ? 14 years of development, several times vaporware winner and Wired created the Vaporware Lifetime Achievement Award exclusively for DNF and awarded it in 2003. And in May 2011 it will be released. Unbelieveable but true. You need to get this baby !

the real rally scene then this is your game (and mine too). It has a lot of flaws. The graphic looks as if it is 5 years old, the sound is really not great and you´ll find strange things in the statistics as well as in the career design. But it features a full WRC license (WRC, PWRC, JWRC, etc.) and a really great driving model along with all rallyes from the WRC calendar. The tracks are not a 1:1 rebuild of their real world counterparts but they are pretty well designed. In case you´re still playing RalliSport Challenge 2 on the good old XBOX (like I do) you may give WRC a try.

This is a classical stealth action game situated in the scenario of the 2nd world war. You´re playing a

british (female) secret agent behind enemy lines. I own this one already and it´s a great game. It´s so dark and scary (it´s also brutal and bloody) and the whole presentation is haunting. But it is not an easy game so expect some frustrating moments although the checkpoints are fairly distributed.

Today and for the first time I have 2 games for mobile platforms on the list. And hell yeah, the most funny basketball game of all times…

This is the first “real” game (not a minigame, or a just for fun game, no a real

fulltime title) that I spent hours with on my iPhone. Though the controls are a bit fuzzy cause of the touch controls it´s the best game for the iPhone I´ve played so far. The story is amazing, the graphics are really great (look at them on an iPhone 4 or an iPad and you´ll know what I mean) and it´s simply so much fun.

And – if you don´t like the fuzzy controls there´s also a Nintendo DS version available. I played this one on my oldschool 1st generation DS and yes, the graphics is not so good, the resolution is worse and sometimes even the framerate drops heavily but you got to the point controls and the same great story and gameplay as on the iPhone / iPad.

You can also play the game on the Nintendo DS emulator for PC. See this YouTube video of mine I shot some weeks ago:

Well since Duken Nukem Forever won´t see the daylight soon (or ever :-D) the

Duken Nukem fans have to look for alternatives. And what we have seen so far from Duke Nukem Critical Mass seems like the game will bring a lot of fun to the DS. I´m still a little bit unsure if a shooter will really fit well into the controls and look & feel of a Nintendo DS (and I mean in concerns of really being a very good game, not just a 0815 shooter). But very soon we´ll know more.

You know what ? I hate sports games, except motorsport. But I loved

NBA Jam on the Super Nintendo Entertainment System (SNES). It was the perfect game for people like me. Easy controls, fun gameplay, nearly no rules and big bam slam dunks. Because on TV, NBA is fun and still today I switch to a game from time to time. The remake of NBA Jam for the Wii does nearly the same, what the remake of Goldeneye (originally on N64) does.  1:1 copy of the good old gameplay, add some features, improve the graphics a bit (well I´m not so sure on Goldeneye) and release it for the Wii. It´s pretty arguable if this is a good concept or not. Some say it´s simple money making. And yes, they are right. Other say, a good copy is better than a worse self-made – and they are right too.

If I look at 2 statements by big publishers of the videogame industry from the last days (Ubisoft: “We will only focus on the (already established) money making titles.” THQ: “People who sell or buy used games are criminals and doing harm to the industry.”) I can´t see any revolutionary development at all and we all know that there are some “only for the money” players in this game (did anyone shout E.A. ?). So doing remakes of some classic titles can´t be that wrong, though it looks like they asked some consultants from the music industry what to do.

Anyway…here are the videos. Enjoy them !