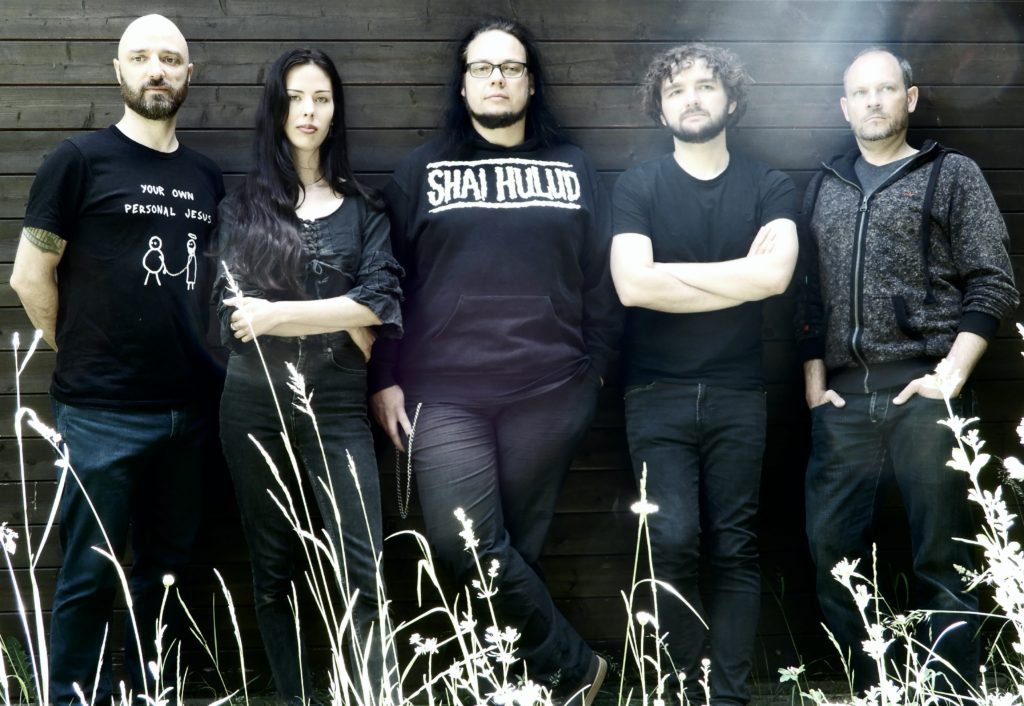 In Strife was founded in 2018 under the name “A Human Puzzle” by Charly, Steffen and myself. I´´ have known Charly for about 20 years from the Ilmenau study days where my other band Grey Room shared a rehearsal space with his back then band Unlearn. We have stayed in touch over the years through music, common interest in amplifiers and equipment and both moved to Jena, where the idea finally developed to make music together. With Steffen on drums an old colleague – again from the more or less famous Baracke 5 Ilmenau times – was found. Markus was then soon found as bass player with Charly and me sharing vocals at first. Us both being aware that this was not the best musical solution we seeked for a dedicated vocalist and luckliy found the very talented Lori.

Then Covid 19 came and put everything on hold, so we used the time to record our first demo. Soon after we had to part ways with Steffen but found Tommi as the new man on the drums. We then recorded an live audio / video piece at the Kulturbahnhof in Jena. With even more hopefully to come…