Juxtapose was formed on a unknown day in december 1998. The 5 guys met first in the dining room of the school, that school which should be their practice home for the next months (special thanks to our headmaster Dr. Raboldt and the caretakers!!!).

Christoph, Tobias, Tony and Sebastian were educated at the Dr.-Konrad-Duden-Gymnasium Schleiz.

The origins of Sebastian and Christoph musical career are results of their first band, the former school-band “Desperation with Laura”. Both as well as Tony and Tobias learned playing their instruments at the YAMAHA-Musikschule Schleiz.

Christian, the drummer, was at first a stranger in the house for us.

It started with different ideas….and after weeks of discussing and trying our music style became an development of a great variety – Rock, Reggae, Blues, Punk or the incomparable sound of the 60’s and 70’s.

Pac (Sebastian) and Sny (Christoph) did their A-levels in summer ’99 and left school to afford their civil services.

So we were looking for a new practice room and found one at Doctor Optics – a company facility in Schleiz.

The first concert with 13 own songs was in the concert hall of our old grammar school brief before X-mas 99. Songs like “40 degrees” or “Mr. Oertel-Hatesong (Summer of ’99)” indicated the time of partys and a life in freedom and without worries, allthough our performance contained critical subjects (“Prototype”, “Slow Dance” or “Hardcore Song”). 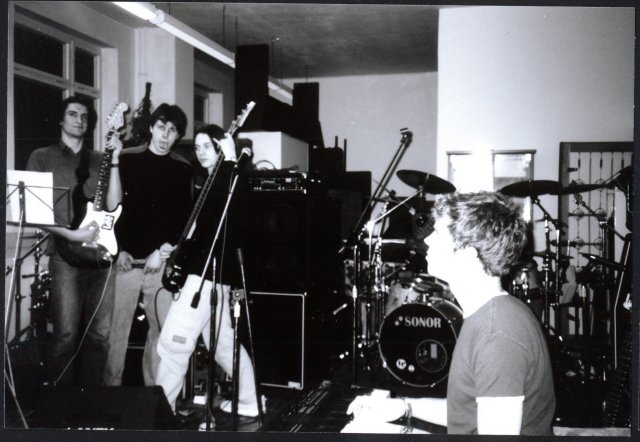 (archive.org helped me out on the following date, thanks)

After 2 years of rocking the world and having much fun Juxtapose finally split up. As far as I can remember Juxtapose split up excactly at the moment when our first recordings were nearly finished. Christoph invested much time in that and was really annoyed when he had to realize that all his work was useless. On january the 3th, 2001 Juxtapose had a last show at the Wotufa Saal in Neustadt / Orla, and a second last show at the Oettersdorfer OpenAir in Oettersdorf on a date I can´t remember. Both shows were played without Christoph. He still felt too anoyed about the recordings and the split up – sadly.

But to give it a little sense you´ll find these recordings and some of our first recordings below. Enjoy !

Juxtapose – Through the heat of Mexico 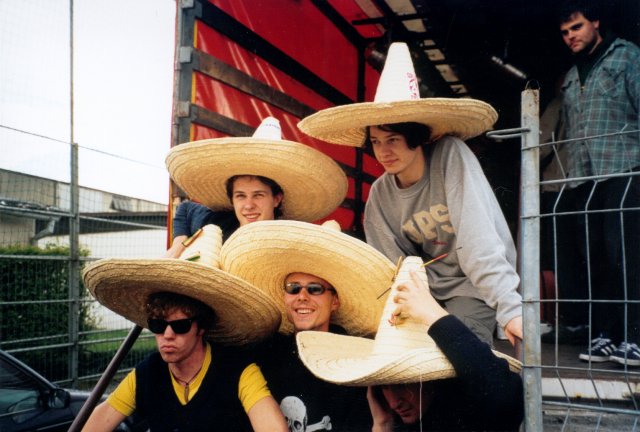 Last but not least our very early demo recordings with a bit of a rough sound.