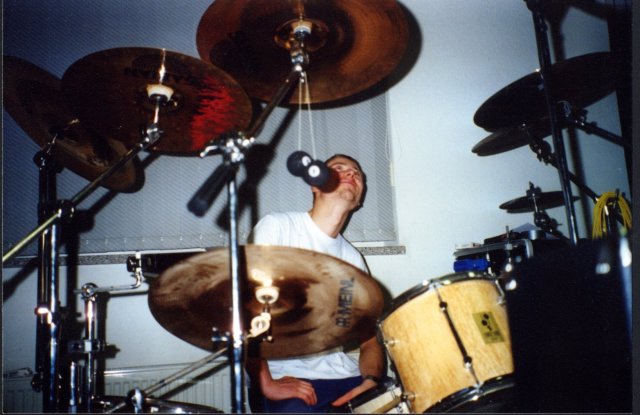 Rising Sun was founded by Christian (drums) and me (guitars, vocals) sometime in 1998. Altough we were both heavily engaged in Juxtapose we needed a musical compensation and playing together in a 2 man project seemed to be the right way.

Rising Sun had one great problem through its whole time of existence. We lacked a real and permanent bass player and by the time we got a really really great one, Christian left the band with no specific reason.

Rising Sun also made the most personal music I have ever done in my life. For me it was mostly because of the time when we started it over. Last 2 years in school, the beginning of a long time searching for a personal identity, surrounded by the greatest community of people I experienced in my whole life and at least the beginning of self-determined life at an age of barely 18 years. 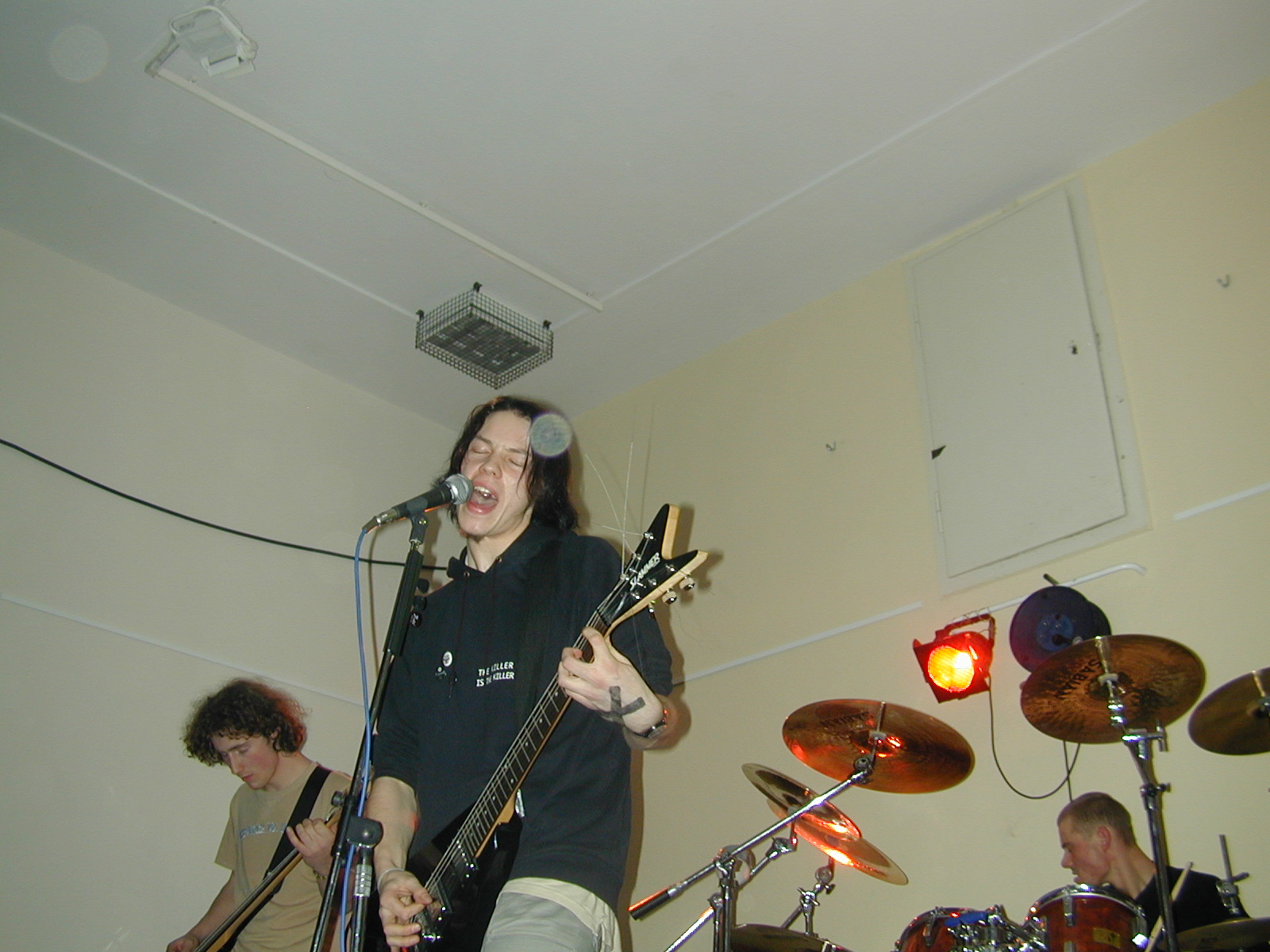 With Micha (not on the picture, this is our later bass player Otti) we found our first man on the bass. He had never played an instrument before, had no idea of music theory (not that we had) 😉 but was a nice and damn helpful guy. He stayed with the band until the end, not as the man behind the bass, more as the gofer.

But Micha also brought a new person in the band – Nadine on the vocals. I felt a little bit overstrained with playing guitar and singing and I thought that having a female vocalist would sound quite nice. So Micha asked around and searched and found Nadine. With her we recorded some early demo, which sounds quite ugly but provides a good insight on the very early days of Rising Sun. 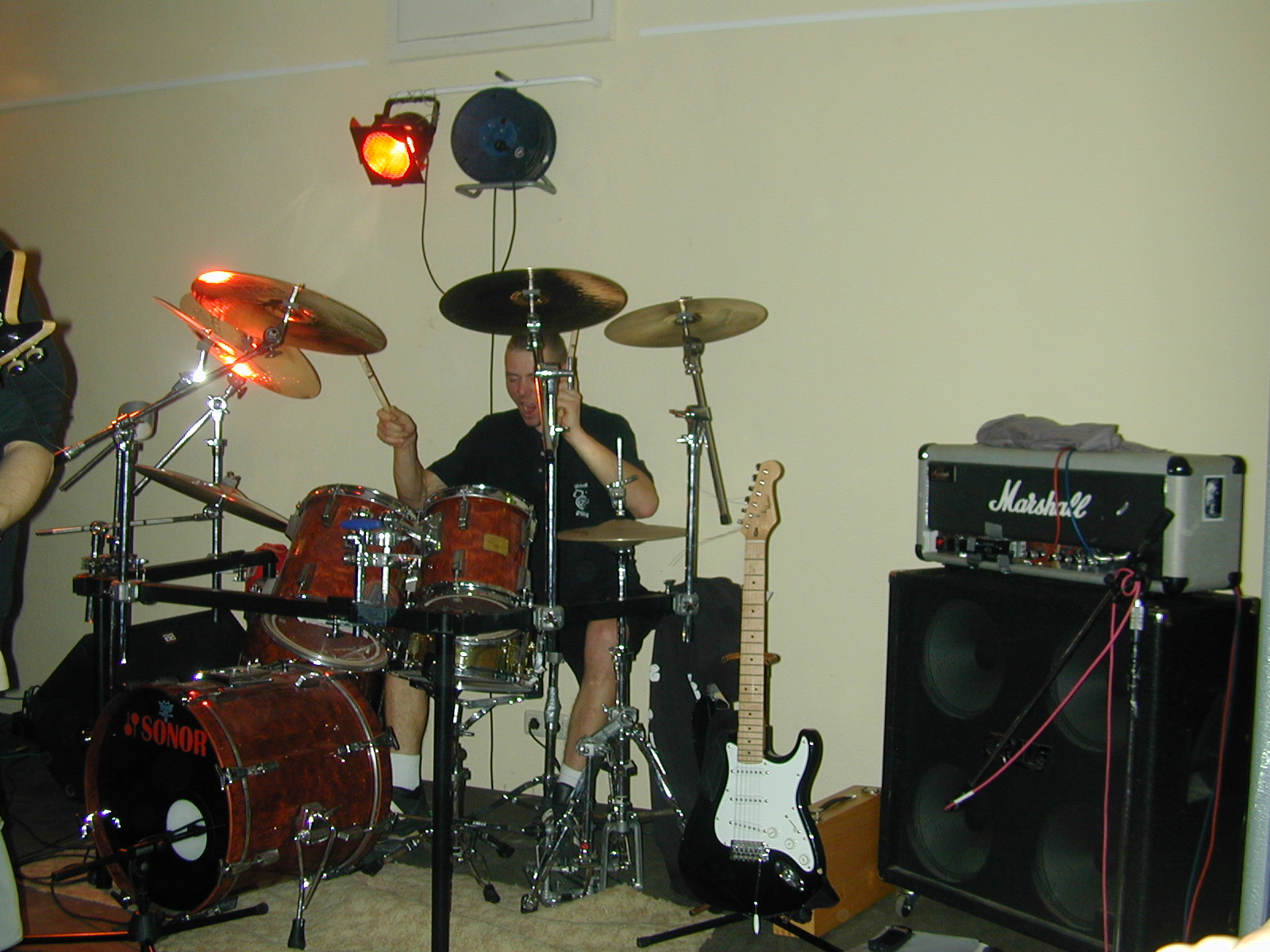 The problem of a woman in a band is, that you can´t prevent that someone is falling in love with her. And so I did. Sadly it didn´t last too long and after our short relationship and split-up Nadine decided to quit the band. I learned my lesson in this case.

So we had to look for a new singer, didn´t found one, so I had to take the mic back. But after hours of talk I managed to convince Otti to join us on bass, altough he was already engaged in Die Kosmonauten as guitar player. So we finally had a bass player, who was able to play our A, C, E songs 😉 . 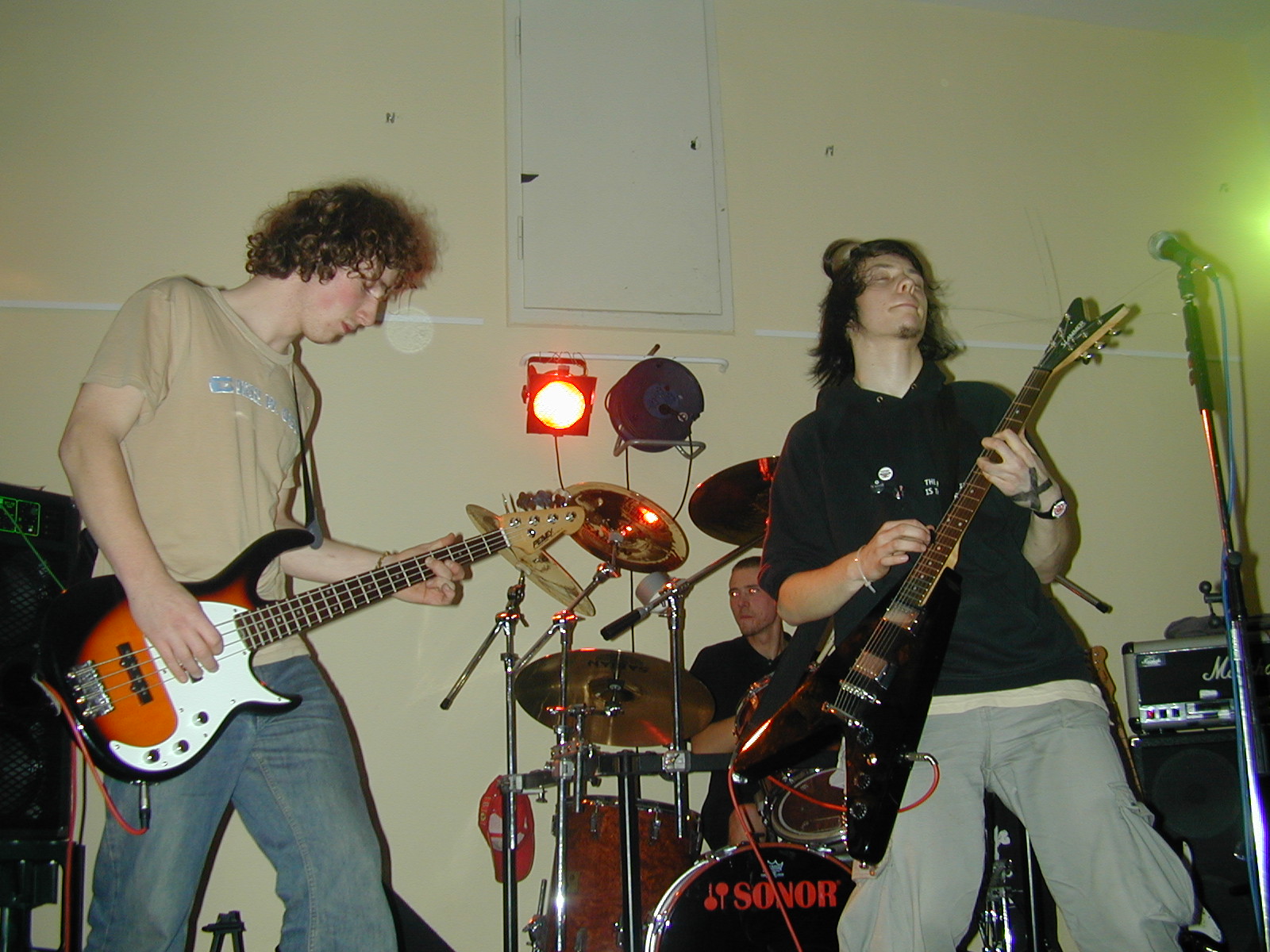 Another example for Michas simple helpfulness was, that he provided Otti with the whole bass equipment he needed, because as a matter of fact he did not have the appropriate things as guitar player.

After some weeks of rehearsal and a concert at our local youth centre (the magic and famous KFZ Schleiz – this is also where these live pics were taken) we decided to record a second demo. With the help of Norman who was a friend of Christian we settled in our rehearsal hall – a industrial production hall of a rather big advertising agency provided to us by a man with a really golden heart – Axel Donat. He had so much trust in us and supported Juxtapose as well as Rising Sun with rehearsal space, a bus to drive to the concerts and many many other small and big things. Without him the musical careers of Juxtapose and Rising Sun would have been totally impossible. I spent many years thinking about an appropriate method of honoring him for what he had done for us.

But back to the demo. It was recorded in 2 days and featured 11 songs. An intro was added later. Furthermore one song was recorded in 2 slightly different versions. Another song was performed as extra long version, with a playing time around 12 minutes. Last but not least the last song on the demo was a brand new one, which was changed several times later. The demo also included a cover song by Germany´s punk rock band N.O.E.

The happiness about having done 11 songs in two days didn´t last too long. Due to lack of money and equipment we had to record all the stuff directly “to disk” with only 2 tracks available – simple stereo left and right channel. No multitrack recording interfaces – at this time these were as expensive as a car nowadays. A little bit shocked we had to face the fact, that there was a problem with the bass abatement and so the bass overamplified and peaked all the time. The recordings weren´t totally fucked up and with the help of some technical editing (good old Cool Edit Pro) we could decrease it a little – but only for the price of volume. So you have to pump up your stereo while listening to the files and sadly you´ll still hear the fucked up bass. 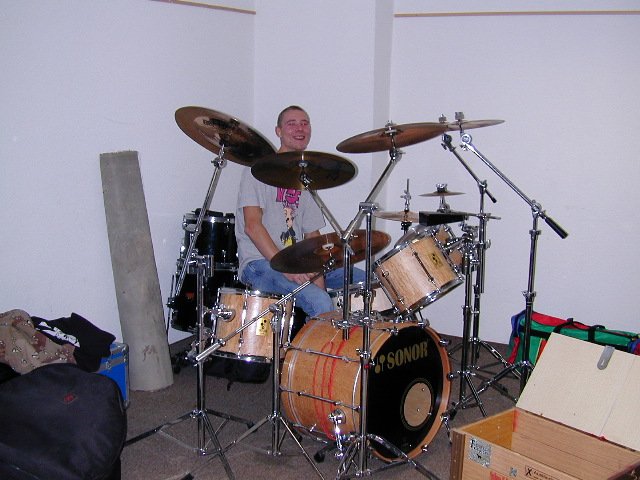 As mentioned, all of the songs were a very personal thing. While I contributed most of the lyrics, Christian wrote Feuer Und Eis and selected N.O.E. as our cover song. I don´t want to comment on all songs, just a few words for those with a remembering meaning.

Not a real song, more like an intro, though we also had an intro. The sound is from a very very small windmill which was part of an exhibition in our local youth centre. The exhibition mainly focused on devices that provided very peaceful and calming sounds. There was also a chill out bathtub with strings attached to the boarder of the tub and you could lay yourself straight in and enjoy the relaxing sound generated by the strings through the body of the tub.

The lyrics for this song were written by Christian and are a very direct reflection on the way he thought about politics and mainly politicians. Christian and I were totally different persons with a totally different background. His origin was the working class, his mother died early and he had to take a great part of responsibility very early in his life. Furthermore he worked since his 16th birthday as a pavement worker, a physical demanding job and he was pretty hard working, but always motivated and optimistic towards his job. Christian has always been critical to the system and had much of a punk attitude although he was a integrate part of that system (but who´s not ?) and believed in a better life enabled by his daily work. The song gives a credit on all this.

A song written by me in a situation where I had to face a girl (in means of friendship) and her ongoing self destruction. I´ve never been so helpless towards a human being. Maybe because it was all new for me, but damn hard to deal with especially when she did things with a obviously strong believe and a really good self justificaton. The song tells a story that luckily hasn´t come true but at this time seemed to be a supposable look in a close future.

For me – this song is also called the “dictionary song”, because heavy usage of a dictionary was necessary when I wrote it. It tells a fictive story about a youth (probably a boy) trying to find his way through daily life. He struggles between being a good boy (like helping old people through the street) and expressing his personality as a wild, fun-loving youth. The question if his 2 identities are a real antagonism keeps unanswered for himself.

The song title was originally used for a classical musical orchestration with agriculture tools, called “Landmaschinensinfonie” performed at the Stelzen Festspiele in Germany. The song is all about friendship and working for something non-profit just because of the people and the atmosphere they created and the thoughts they shared (and lived). Being surrounded by a great community was an important part of my youth. I still regard this song as very important, although things change as times go by.

One thought on “Rising Sun”