…and you know why ? Because in the first 4 months of the year great things happened already and more to come. Here is a short list of games / consoles I´m looking out for:

This is the reboot of the famous Tomb Raider series, with a younger more vulnerable Lara Croft. I played it on the PS3 all the way through and I liked it. Some say that this might be a more or less cheap Uncharted copy but I think it isn´t. It has the same game mechanic here and there but it adds it´s individual note. Besides it looks really great, the story is well told and I felt pretty much entertained by this new Tomb Raider. I´ve played the german version and it has a very good localization with german actress Nora Tschirner – who did a really good job – as Lara Croft.

The Ouya is an Android gaming console designed from scratch and financed with a very successful Kickstarter campaign. Why I believe in it ? I think a dedicated Android gaming console is overdue because the smartphone / tablet mobile devices aren´t made for core gamers (and probably never will, though they improve). Android as an open ecosystem offers endless possibilities to developers, companies and fans so there will be (and already are) much more games available at launch than for any other console in the world. I´m not quite sure if we´ll see A+ titles on Ouya, or at least not so soon, but in the meantime the core gamer can spend days and hours emulating his hero games from past decades or explore the built-in Ouya store. Plus it will feature some great apps that already exist on Android and are easy to port (like XBMC). Last but not least the Ouya is so small in size, you can take it with you anywhere you´ll go.

“The Last of Us is genre-defining experience blending survival and action elements to tell a character driven story about a population decimated by a modern plague. Cities are abandoned and being reclaimed by nature. Remaining survivors are killing each other for food, weapons and whatever they can find. Joel, a ruthless survivor, and Ellie, a young teenage girl who’s braver and wiser beyond her years, must work together to survive their journey across what remains of the United States.”

Well – that was a part the official game description. And it´s supposed to be the next big thing by Naughty Dog, the developers of Uncharted. Why everybody is so psyched about the game ? I guess these people played Uncharted 1 – 3. Like I did. I´m not so quite sure that Naugthy Dog can´t fail with this (like some do believe), but I´m very curious to find out.

This is the successor to 2010s Heavy Rain by developer Quantic Dream, that made it to the top position of my favourite game list. Not so much is known about the game itself so far, but Wikipedia says: “The game is centered around questions about what happens after death. The game lets the player take Jodie Holmes through 15 (8-23) years of her life on a journey to discover the true meaning of the entity, Aiden, alongside her throughout the story. The game’s producer noted that players might be able to find out “what lies beyond” after playing the game.” I think it will be a great game, because Quantic Dream CEO David Cage recently said, that publisher Sony gives them the freedom to do what they want to do. And the last time they did it like this, the result was stunning.

Not much to say here I guess. Everything we know so far about GTA V sounds great, looks great and will be great (hopefully). Like you say nowadays: too big to fail.

Broke Age will be the next point and click adventure by (adventure) developer legend Tim Schäfer. It was financed on Kickstarter and the first really popular and successful camapign there. It was announced as a classical point & click adventure and raised $3,336,371 (the campaign goal was 400k). I always liked adventures and I hope that this will be a very oldschool, but very good adventure.

Wikipedia says: “Watch Dogs (stylised as WATCH_DOGS) is an upcoming open world action-adventure video game, developed by Ubisoft Montreal and published by Ubisoft for Microsoft Windows, PlayStation 3, PlayStation 4,[5] Wii U,[6] and the Xbox 360.[7] Watch Dogs centers on the player’s ability to hack into various electronic systems, either to obtain and control information or to destroy those devices completely at specific times.”

The game got my attention because of it´s superb graphics. Later I (we) found out that it will be a launch title for the Playstation 4 which explained the graphics, becaused they seemed to good for the current PS3 / XBOX 360 generation. Also the principle of being able to hack in everything and everywhere could form a quite interesting game mechanic. There is only one problem. The game is developed by Ubisoft Montreal and I really don´t agree with their latest games (Assassins Creed). Hopefully they´ll do better here.

So 2013 will also see a new Playstation. 7 years after the release of the Playstation 3. I´m not really psyched about this, mainly because I still have bad memories of the PS3 launch. A incredible high price, launch titles that weren´t as good as promised (Motorstorm) and a shitty controller. Hopefully Sony will do better with the PS4.

As a last point some rumors (or wishes): 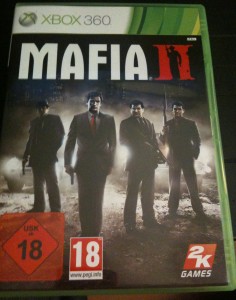